Sian Gunson is a senior Property Manager for Myer. Now based in Melbourne, Sian Grew up in Tasmania in a Family of Hawks fans – but chose the Swans as her team. 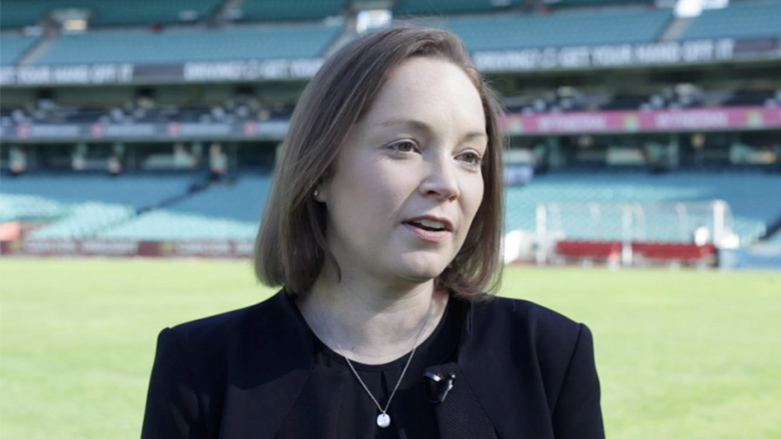 Sian is a regular donor to the Sydney Swans Foundation, and here she recalls memories of the 2012 Grand Final, talks lifelong friendships and the joy of discovering Melbourne is still a Swans stronghold.

When I started a primary school my brother said that I needed to choose a team. I grew up in Tasmania and my family all support the Hawks. I knew that I wanted to choose my own team. I don’t know why I chose the Swans, one but once I chose them that was it.

I don’t have a lot of early memories other than the 1980s and the move. I moved to Melbourne in 1996 and we obviously reached the Grand Final. It was then I knew this was a team to stick with – there were so many other Swan supporters in Melbourne that I wasn’t alone anymore!

The 2012 Final was the best experience for me. I’d missed 2005 as I was overseas so being at the MCG that day was fantastic. I went to the grand final dinner, then the Lake Oval the next morning. I came up to Sydney for the parade and then the club champion dinner that night. It was just fantastic.

It’s very easy to be passionate about the club when they represent themselves so well and have had a sustained period of success, but the most important thing is probably the people I’ve met through the club by going to games and events and forming some lifelong friendships.

Being a Swans supporter gives so much to my life. There’s a lot of ways you can support the Swans – you can buy membership go to games buy merchandise and go to events, but I believe being a regular donor to the Sydney Swans Foundation was an opportunity to give something more and contribute to the long-term future of the club.

The work the Foundation does is incredible – it’s focused on the future of the club, moving beyond the day-to-day operations and working on specific programs and projects that will ensure that the club is successful in the future.